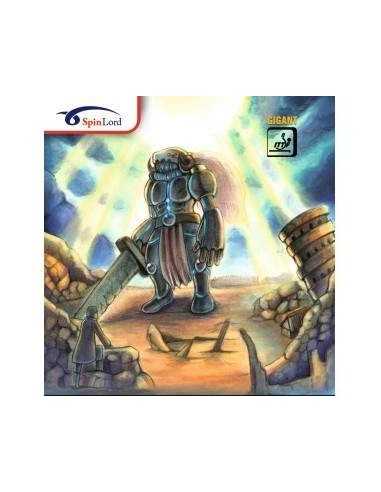 By buying this product you can collect up to 4 point points. Your cart will total 4 points that can be converted into a voucher of €0.40.

Spinlord Gigant is a totally new kind of "Anti“ rubbers. Gigant is very slow and very power absorbing, but it is not frictionless and also not similar to classical Antis with friction. That also means it is completely different from our first Anti "Sandwind“. Gigant has been specially developed for the new plastic balls as many players feel that frictionless and classical Antis are not ...

Spinlord Gigant is a totally new kind of "Anti“ rubbers. Gigant is very slow and very power absorbing, but it is not frictionless and also not similar to classical Antis with friction. That also means it is completely different from our first Anti „Sandwind“.
Gigant has been specially developed for the new plastic balls as many players feel that frictionless and classical Antis are not dangerous enough with these balls.
The top-sheet of Gigant is very hard. The surface of the rubber is not sanded like classical Antis and not treated like frictionless Antis, it is glossy (slightly shiny) like normal inverted rubbers. Actually it even has a little bit of grip, although not very much due to the special rubber compound.
The sponge of Gigant is a soft dampening sponge of the newest generation. It reduces the speed of the rubber to a level that can be compared to that of frictionless Antis. 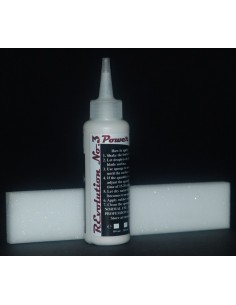 €13.14
(5/5) on 1 rating(s)
REvolution No.3 is the new generation of elastic table tennis glue ,the most advanced and performance water based table tennis glue . It is easy to use with a special designed sponge for obtaining accurate thickness of a very elastic layer of rubber between blade and rubber for better speed , spin and control . Easy to peel off ,clean, green ,good... 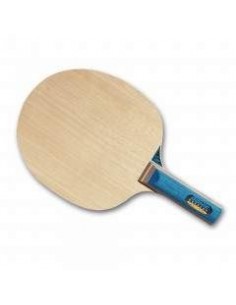 €32.98
The most versatile defensive DONIC wood. DONIC has developed the fantastic Defplay Senso especially for the modern defensive player and versátil.madera well balanced with incredible control for all defensive shots and very good acceleration for all offensive strokes.
View 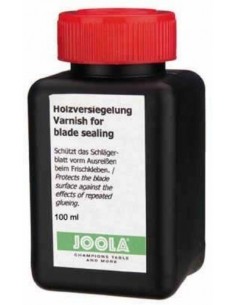 €7.02
Special varnish for table tennis blades to protects your blade surface against the effects of repeated glueing. 100 ml. 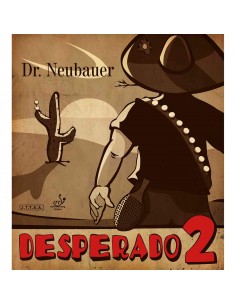 €30.50
The new alternative for a disruptive game close to the table. DESPERADO 2 the latest development for a disruptive blocking game close to the table using long pimples. Since the new plastic ball comes with less spin it has become even more important to produce a consistent and effective blocking game against fast topspin balls that have little rotation.
View 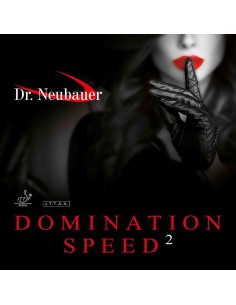 €32.98
Fast inverted rubber DOMINATION SPEED was enhanced to comply with new plastic ball requirements.The topsheet is unchanged and still produces a maximum of rotation, both while serving and of course while looping (topspin). Its very grippy surface provides good control.The decisive breakthrough in the development of DOMINATION SPEED2 was achieved with the...
View 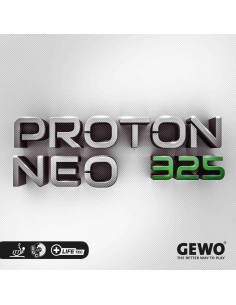 €26.86 Our previous price €35.45
The softest version of the Proton Neo Series excites all players who prefer a soft, super-elastic and controlled offensive rubbers. The increased ball control makes most noticeable during passive game. The GEWO Proton Neo 325 is designed so that it can be mastered very well even in difficult situations. In Schupf, block and cut the sof.....
View 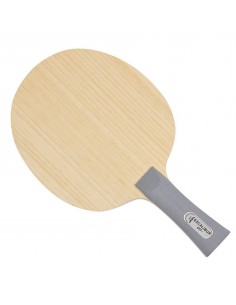 €52.85 Our previous price €57.77
The new off-wood EXCALIBUR is the material specialists succeeded in developing an attack wood of high performance! EXCALIBUR combines all offensive typical characteristic of a perfectly matched table tennis wood:- High speed combined with excellent control- A sentimental soft ball stopper and a distinctive sound- Maximum disruptive effect and extreme ....
View
Reviews
By Renato S. on  24 Oct. 2021 (Spinlord Rubber Gigant) :
(5/5)
The customer has rated the product but has not posted a review, or the review is pending moderation
Tap to zoom